For those relatively new to regular running, the notion of introducing maximal effort hill sprints is often met with concern over the possibility of overtraining and encouraging injury.

And yet, including one or two weekly hill sprint sessions into your training may well be safer than just knocking out long distances on flat ground.

The strength training stimulus that hill sprints provide is thought to play a major role in reducing susceptibility to injury. What’s for sure is hill sprints increase the power and efficiency of your stride, enabling you to cover more ground with each stride using less energy. Still worried about hill sprints? Read on…

In the article Components Of A Training Plan, we looked at the importance of including different types of runs to your training in order to improve pace. We noted that running fitness has three components which although inter-related are stimulated by different types of training: aerobic fitness, neuromuscular fitness, and specific endurance.

Hill sprints are an example of a type of training that enhances neuromuscular fitness. In other words communication between the brain and the muscles. Working at maximal or near-maximal levels challenges the nervous system to activate huge numbers of motor units and fire them quick enough to generate high force whilst resisting fatigue.

Stride frequency, stride length and resistance to fatigue all depend on the efficiency of communication between the brain and muscles and are all vital for production of optimum power, efficiency, and resistance to fatigue. Though long runs are important for developing aerobic fitness, without sufficient neuromuscular fitness form can deteriorate, inefficiency, and fatigue set in, all of which are often associated with injury.

Hill sprints allow you to push your body and generate high leg turnover (cadence) without actually running that fast. This is of great significance as maximum speed work on flat ground is often associated with injury such as hamstring strains. Running uphill is also thought to stimulate form improvement by imposing demands that flat running does not.

For example, though lifting the knee high is not something you should consciously attempt during your flat runs, being forced to do it by a hill could well help pave the way for the natural, unconscious development in knee raise that you will experience as your strides become more powerful. Likewise, hill sprints demand a lifting of the toe (ankle dorsiflexion) prior to landing, something that again is associated with power generation and increase in stride length.

In case “maximal or near-maximal levels” has struck fear into anyone’s hearts, we are only talking about duration of approximately 8-12 seconds. Your introduction to hill sprints may be just a couple of these with a 2-3 minute rest in between. But how steep a hill do we need? 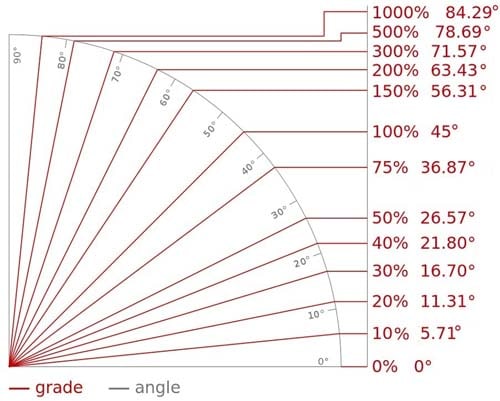 The Guinness Book of World Records lists the world’s steepest road as Baldwin Street in Dunedin, New Zealand, with a gradient of 38% (1 in 2.86) at its steepest section. Needless to say, where there is a challenge there is a race, and indeed every September thousands of people turn up to take part in The Baldwin Street “Gutbuster,” 400 metres including ascent and descent, the current record of 1 minute 56 seconds set in 1994. 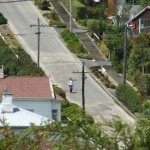 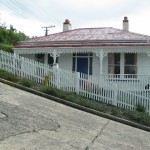 As we can see in the photos above, 38% is pretty hardcore. Generally speaking, hill sprints use gradients between 6% (1:16.5) and 25% (1:4). Treadmills can be useful in discovering what a gradient like that feels like but these days most GPS watches conveniently give gradient information.

Incorporating hill sprints into your week

Again, on paper this may seem little but the increase in demand will be considerate. A month or so after this, choose a hill or section of the hill with a greater gradient, say 10%.  A month later, progress to 12 second sprints, etc.

Hill sprints can increase stride power, build leg strength and increase running efficiency, all of which potentially decrease susceptibility to injury. Have a go, just remember to follow the gradual progression outlined above and take it slow.